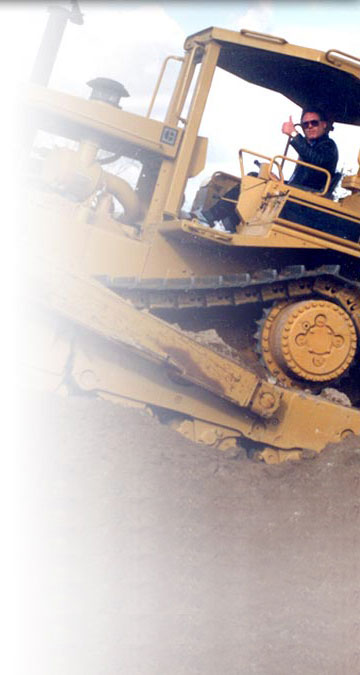 The John Aarts Group story begins in 1978 when John Aarts purchased a small bulldozer and started his own excavating company called John Aarts Excavating and Grading.  Four years later, John and his wife Loralee, purchased another bulldozer and a tractor backhoe and in 1982, incorporated J-AAR Excavating Limited with the first office starting out in the basement of Loralee's grandparent's farmhouse.  They began taking on small contracts with John operating equipment, performing labour, estimating jobs and preparing quotations for contracts.  Loralee was busy with little ones at home, answering the business phone, undertaking administrative duties, fueling machinery, snowplowing, operating the single axle dump truck, creating their new logo and making sure employees were treated with a summer and Christmas Party, the first one of which was held in the living room!

John Aarts knew that the success of a company is contingent upon the people who surround it.   After his unfortunate passing on February 8th, 2002, respect must be paid to a select group of employees who 'stayed the course', were committed and loyal, and safely ensured the continuance of the companies in preparation for John's sons to carry on the legacy he left behind.

The company is now owned and operated by John's three sons, each taking an active part in the strategic and operational direction of the business. Almost 500 people are employed by the company and almost 1/3 of the employees have been with the company over 15 years.

With deep rooted pride, Kevin, Ryan and Jonathan look forward to future progress and development and to creating new footprints and opportunities, expanding upon the trail of success created by their father.